I wrote this down while we were in Lubbock at the end of last month - but never finished and posted it :) 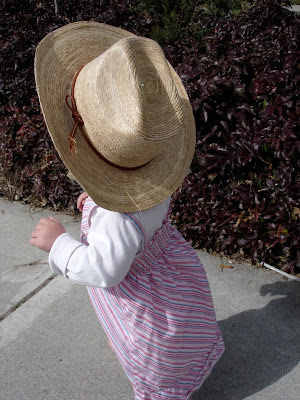 A cowgirl to be?
Someone told me that Texas is 'the friendly state' and it seems to be so. Landon loves to talk to people, say hello, and make friends wherever we go. (For example, the lady we sat by in Costco this past week who he talked to for about 15 minutes - including a conversation about how he (and the ladies 3-year-old son) was going to go to heaven when he got really, really old and a several minutes long imaginary food fight...)
But, the people here in Lubbock have managed to overwhelm even Landon with their friendliness! :) I'm noticing that he has a bit of my independent streak in him as well. (When the checker at the grocery store helped move our cart over to an open line, Landon said "Um, actually we're fine. We don't need any help pulling." or when the bagger helped us out to our car and said "You must not be from around here - we hardly let anyone take their groceries out on their own", Landon, worriedly asked on the way home something like - "why don't they ever let anyone take their groceries all by their big selves?"
He's a lot more used to being the one to do the talking and having the other people just look at him in surprise, but here he is the one looking surprised at all of these people wanting to be his friend :) 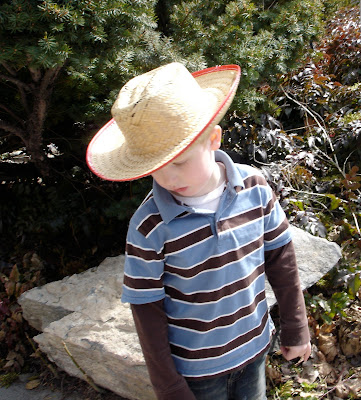