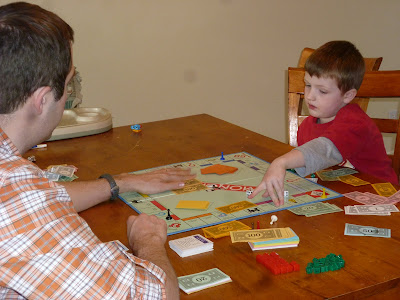 Just a fun FHE this past week --
Landon prepared and practiced a lesson on the creation with pictures for Ellie to look at, we ate yummy root beer floats, and Jordan taught Landon how to play Monopoly.
(Earlier today Landon was counting by 100's -- I was impressed and asked how he learned that -- "I learned it from uh... Balahny... (???) that Daddy was teaching me with the money you count and the banker...")
Posted by Debbie Brough at 7:23 PM 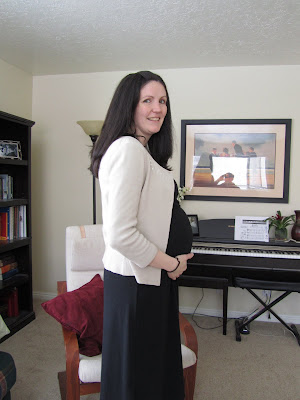 Though my due date isn't until the 10th, my doctor had some concerns and asked at my last appointment if we could deliver later this week (!!) Since Kathie and Winslow are planning to come next weekend, I asked if we could wait till early next week -- so the new delivery date is set for next Monday or Tuesday. Seems so soon, but I'm also feeling like maybe this little guy won't even wait that long for his debut -- exciting times ahead!
We even managed to put together a list of baby names today so we're feeling much more prepared :)
Posted by Debbie Brough at 7:13 PM

Just a few notes about Ellie so I can remember her little two-year-old sweetness :) 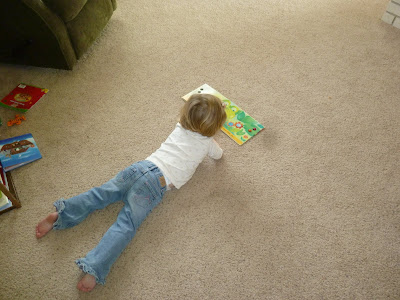 Ellie loves to talk - so here are a few of her most often repeated phrases these days -->
Daddy hold me!
Mommy hold me!
I will say it in a kind voice
Maybe later (or 'in 5 minutes' or 'tomorrow') I can...?
I'm a baby and a big girl and an Ellie! All those things!
I'm just teasing
First you have to ___ and then you will hold me? 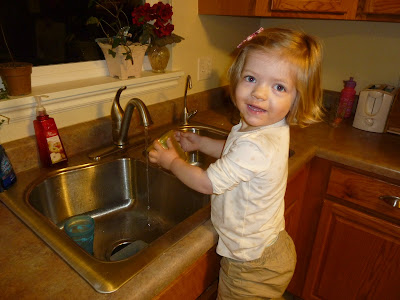 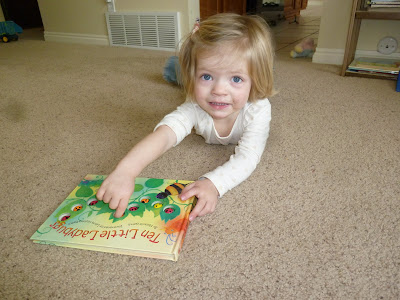 We sure love this little girl!!!
Posted by Debbie Brough at 2:27 PM 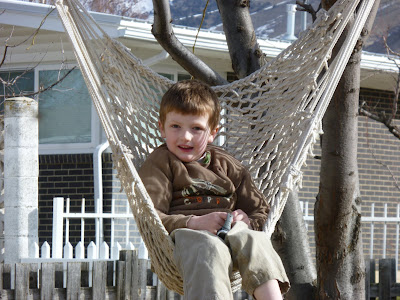 Yesterday Jordan and Landon worked on clearing away some rocks from one of our green strips and planted some colorful pansies and lots of wildflower seeds. As neighbors walked by on their way to the park or drove by, we wondered if they were thinking 'don't they know the deer will just eat those up?' or 'what are those Brough's doing out in the snow planting flowers?' But Jordan had a spring planting bug, so plant he did. :) (And happily, our flowers survived their first night with no deer stopping to munch!) 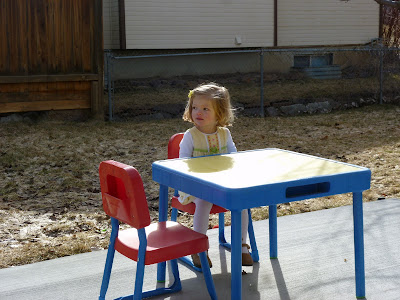 (Ellie is suddenly camera shy and loves to look the other way w/ a mischievous smile when she sees the camera)
We had some lovely sunshine this morning so we sat in the backyard before church-- Jordan set up the hammock and Ellie's swing -- and the kids had a great little crackers and cheese snack in the warm warm sun. Spring is certainly a bit behind here in Logan, but we can feel it coming. Hooray! 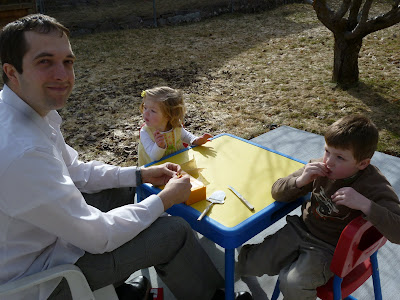 Posted by Debbie Brough at 2:03 PM

Here's a fun little 5 second animoto of the kids showing off their mommy-made shamrock shirts.
Posted by Debbie Brough at 1:10 PM

Yep, we still have lots of snow... 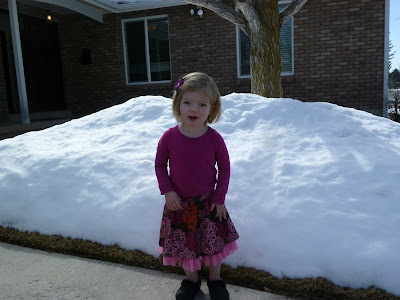 We played at the park across the street last week with about a foot of snow under foot (most is melted now :) 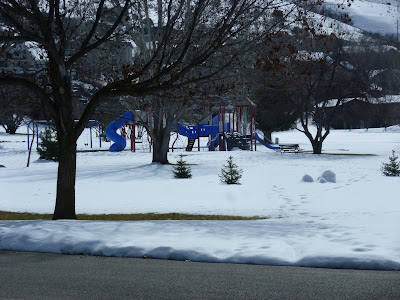 But what is that? 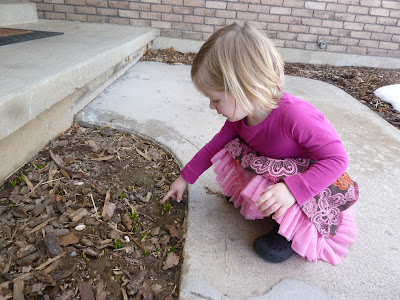 Could it really be something growing? 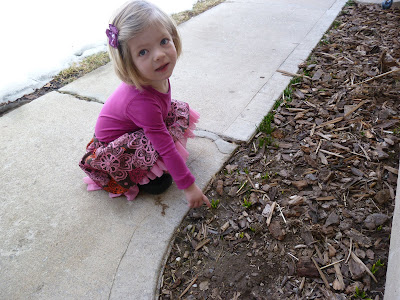 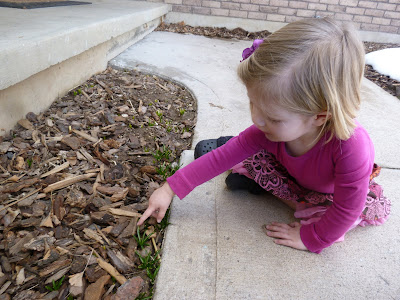 A few weeks ago, Jordan was talking with Drew about work and about how much someone would have to pay him to leave his current job at Animoto. They were talking salaries, and Jordan was guessing close to triple, but at least more than double. He loves his job that much!
The next week, Jordan's manager called him and asked him for his thoughts on taking a new position as the team lead for his group of developers. ('Nothing is more constant than change'...) Given the options and where each choice would lead, he decided it was the best thing to do - so, farewell to the old beloved job and welcome to a new challenge!
Jordan's super excited about the new position - it's a lot more managing and a lot less coding, but he's happy to be learning some new skills and still working with the same stellar guys that have made it such a great place.
We are certainly feeling the weight of a lot of new things around here though -- a new job for Jordan with lots to learn and some upcoming travel, a new baby joining us in just a few weeks... and still recovering from the LONG winter sicknesses we've all had!
Today is a beautiful sunshiny day though and things feel happy and hopeful and exciting. It's wonderful what some blue sky can do for me. :)
Posted by Debbie Brough at 11:09 AM