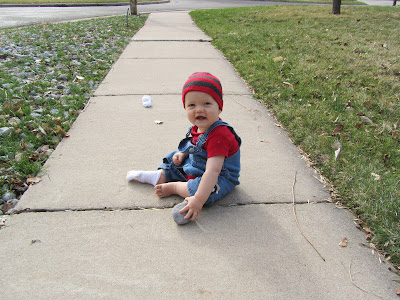 We spent some time working on the yard this evening while the kids played outside and enjoyed the days late arrival of blue sky. Landon and Cinderella (er...Ellie) played on the roundabout, Owen played with rocks on the sidewalk, and Jordan and I raked and trimmed and listened to the soccer games across the street. I was worn out when Jordan suggested the idea after work and I almost rebelled, but was grateful I didn't. It was a perfect little hour of time.
Posted by Debbie Brough at 6:22 PM