on getting there: Brazil part 1


All right, here we go! I want to share and remember so many things about our trip to Brazil, but I feel a bit overwhelmed at all the things. So, I'm going to write about it in little bits at a time and hope I can share the best parts. 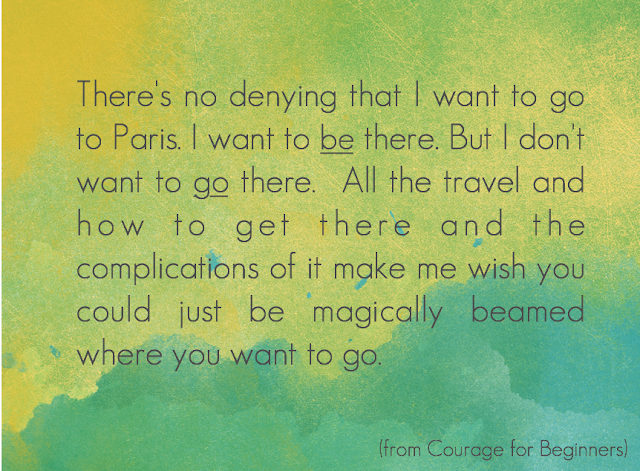 There were definitely a few times flying through the night when I thought back to this little quote above! But truly, all of the flights went remarkably well. We flew to Atlanta where we met up with Kathie and Winslow and April (hooray!!) Then came our family's first over-night flight, from Atlanta to São Paulo. I checked with the flight attendant in Atlanta about Porter sleeping on the floor. His response was something like "These floors are not so clean... I wouldn't let my child sleep there, but you can decide for yourself..." So, we set down blankets at our feet and April & Winslow's feet and Porter and Owen both slept sweetly (well, as sweetly as you can on an airplane floor) nice and stretched out, Ellie curled up in her seat next to Grammie and Landon just did great in his own seat.


Coming home I didn't ask about the kids sleeping on the floor (This is not like me, but I didn't dare in case they said no!) so we had Owen sleeping at Jordan/Landon's feet and both Ellie and Porter sleeping at my feet. Until around three in the morning when Ellie's little legs poked out into the aisle and the flight attendant became very alarmed that I was putting my children in such danger (!) So we made it through the rest of the flight snuggled up together for a while plus a turn for Jordan with Porter.

So the kids did amazing! I don't think any of the grown-ups got any sleep, but as sleepy as we were, we were still super grateful for the how well the kids did.

* I was watching Mcfarland, USA on the flight out, pretty much all night long. I'd watch a bit then try to sleep, watch a bit more, rewind and try to listen to the same part to put me to sleep... by morning it felt like that was the longest movie ever!

* It was so fun to get to the airport terminal in Atlanta and get our first taste of Brazil with everyone around us speaking Portuguese. Here we go! 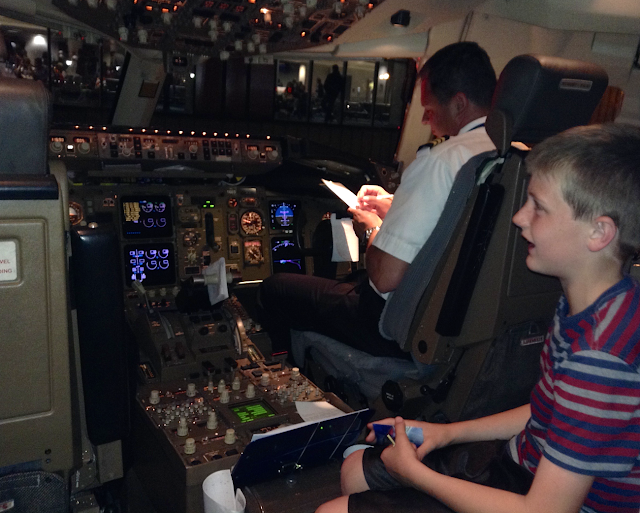 * The captains let the kids come up to check out the cockpit and tell them all about the different controls and such. When I peeked in, they were telling Landon all about how much fuel they needed for this flight ("a swimming pool full!")

* São Paulo is the largest city in both North and South America - flying in you can see that with a sea of skyscrapers that just goes on and on and on!

Posted by Debbie Brough at 1:31 PM