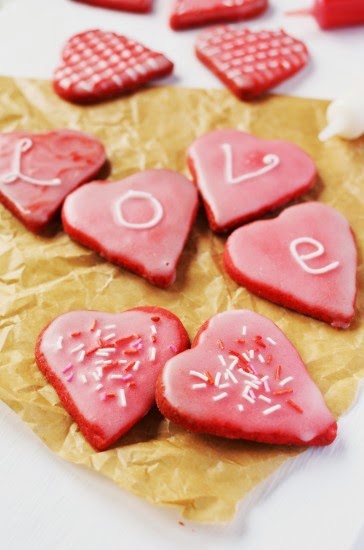 For February, we decided to loosen up our January treat plan rules a bit.   All through January if we were given treats for whatever reason  we would set them aside for 'after our January plan'. Or when we didn't stop at the bakery for free cookies at Lee's or pick up donuts along with Tuesday Flowers... we were telling the kids 'not this month, we're doing our January treat plan...'  so it felt like it wouldn't be totally fair to them to just stick with the same rules once January was over without making any changes or allowances. Also, with Valentine's day (classroom parties,  treats from neighbors and friends, etc.) we thought it would be easier to be less strict about the rules.

So, our February treat plan rules were:
1) We won't buy any treats or junk food
2) Desserts only on dessert days/Valentine's day
3) We'll choose non-treat/food rewards
3) We can eat any treats that we are given

We continued to eat a lot less sugar than we normally would. We had fun making desserts together a bit, though we cheated a few times and ate some of the leftover treats from January that we'd hidden in the freezer. (Which seemed like a great idea at the time, but overall made the treat plan less fun I think). I loved trying a fun new dessert of peppermint muddy buddies.

I realized this month that I was really missing baking (and also I was missing surprising the kids with fun after school snacks like chocolate chip cookies).  So I found some ways to fit more baking in with healthier muffins and even tried out these "cookies" (which actually turned out to be a hit!)

I went to a little party early in the month and ate a bunch of candy (because it was 'allowed' with our new rules), and I felt so sick afterwards that I was super ready to get back on a better eating plan. It was trickier to stick with this plan and feel awesome though. For example, a friend gave me a big, darling Valentine sugar cookie -  and even though I was 'allowed' to eat any treats I was given, I also remembered how yucky I might feel, but then it looked so good, but then I wanted to feel good, but then look at those cute sprinkles... the biggest problem for me was that I had to think more about treats and whether I should or shouldn't eat them, and I was bugged that I would spend so much time worrying about it.

Valentine's Day with all of it's treats for the kids was tough, especially because eating so many sweets made them want to eat even more sweets...


Overall though, I think hooray! Next month I think we'll go back to our January rules (though I can hardly believe I'm the one voting for that!) I think this is so good, so I'm hoping we can somehow make these 'rules' a more permanent habit for our family.