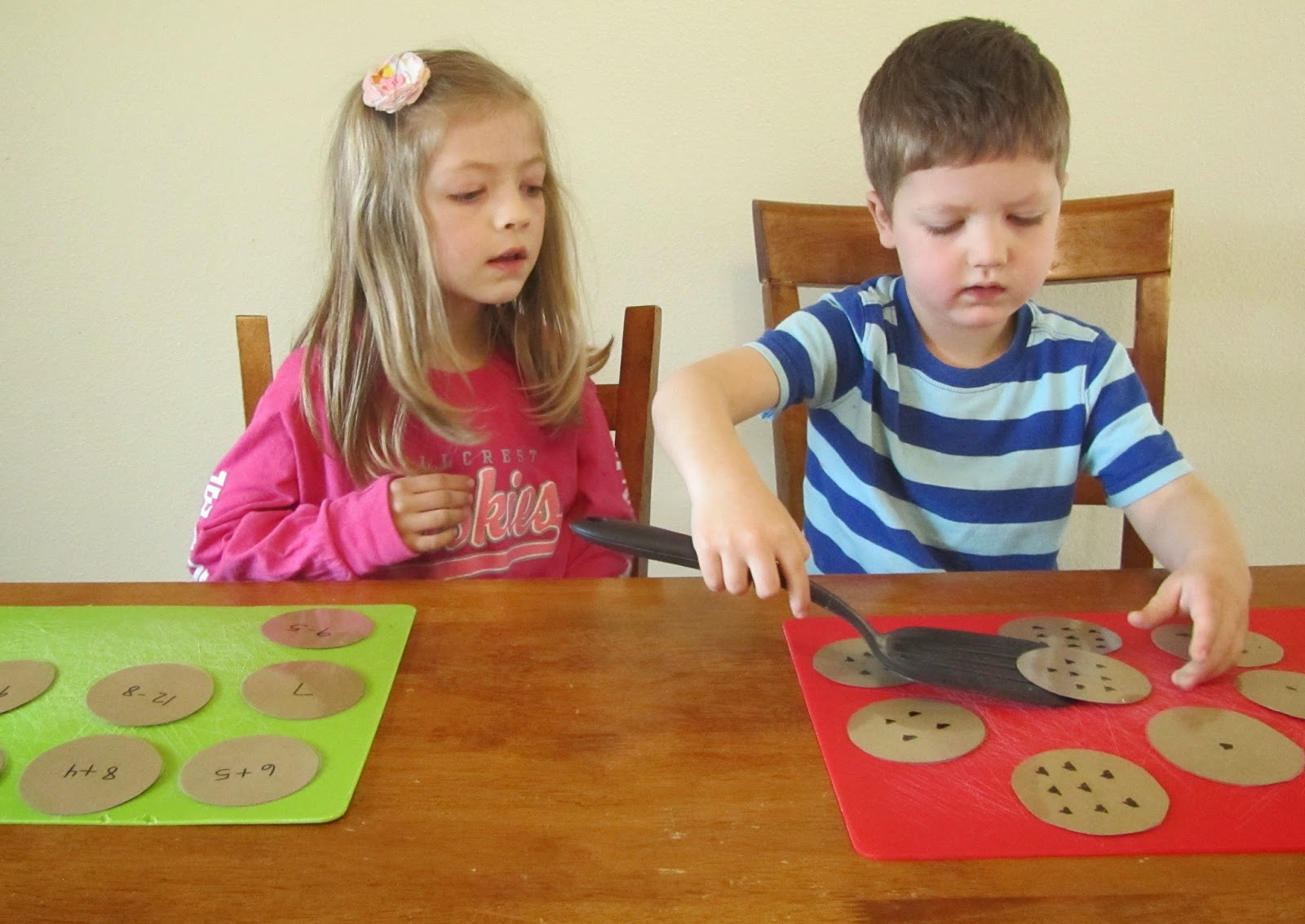 I saw this idea recently for 'addition pancakes' and thought it was a super idea.  Ellie and Owen both had fun practicing some math they're working on (Owen had chocolate chip pancakes for counting, and Ellie had addition and subtraction questions). And it was also a pretty challenging hand/arm/pancake-flipping exercise (especially since I laminated these, so they were extra slippery!) and I loved that part of it too. 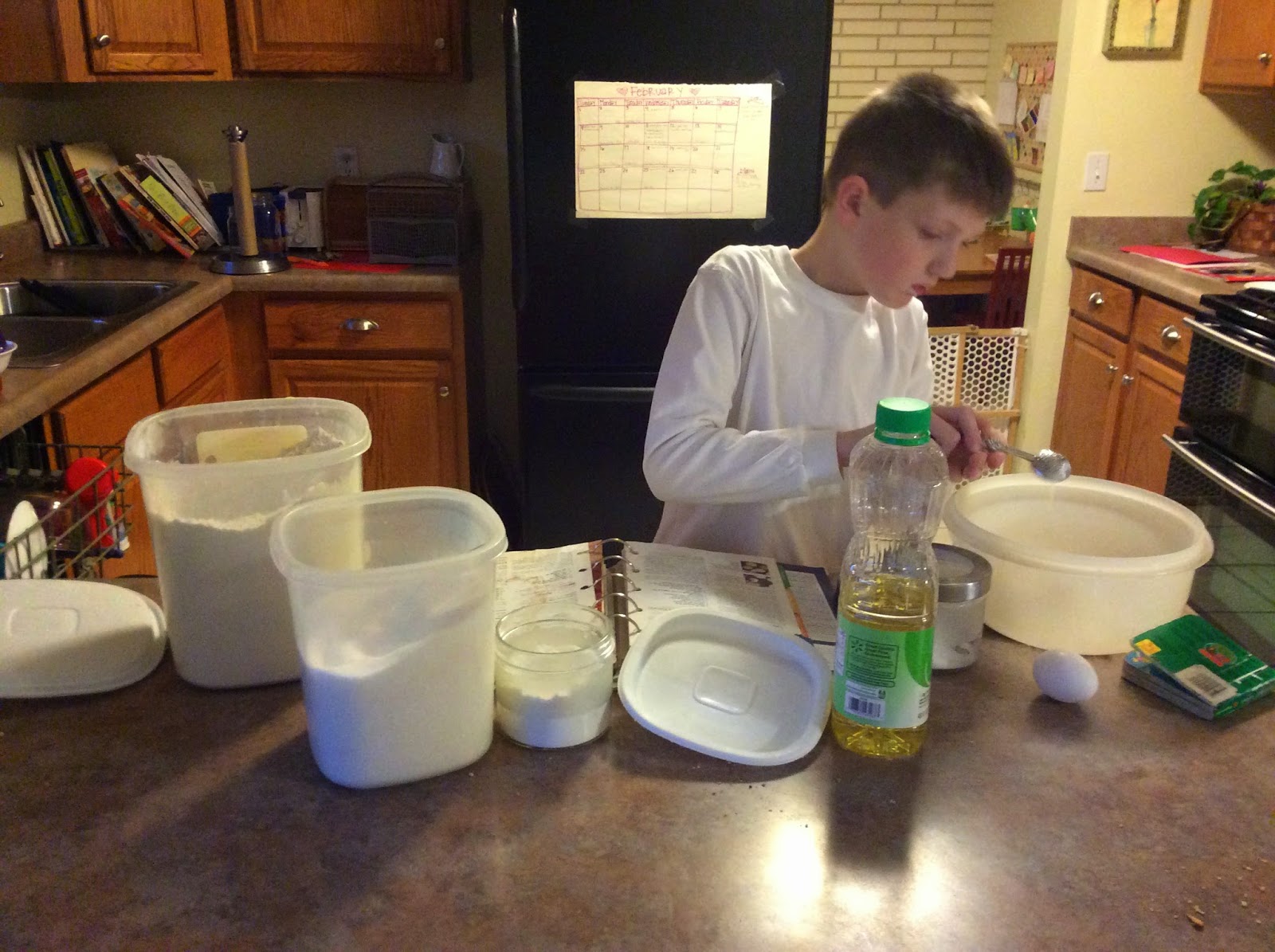 Also, Landon has become our families official pancake maker. A month or so ago, he surprised me one morning by getting up early, finding our pancake recipe in the cookbook and mixing up a batch all on his own.  Since then, one or two mornings each week, he'll mix up  the recipe (and often slip in an extra tablespoon of sugar, a few shakes of sprinkles, or a handful of chocolate chips...)  and cook up a plate full of giant pancakes.   I love this great morning helper!
Posted by Debbie Brough at 12:23 PM