I wish I could read! 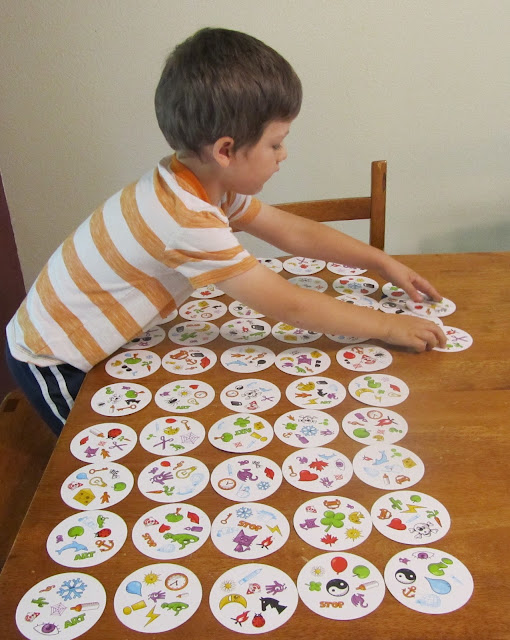 For preschool time lately we've been working on letter sounds and how sounds hook together to make words. I go back and forth about how much focus to put on reading kinds of things and how much on other types of projects. Owen has been excited about the idea of learning to read lately though, so that's what we've been doing.  This week we were doing activities about beginning sounds in words, and I was also trying to help Owen practice saying each sound in the words to see how the sounds all blend together. That part was kind of more than he was understanding, so I decided to set that aside for now and just focus on the individual sounds some more.  Then yesterday, we started the same kinds of activities but with middle (vowel) sounds. And suddenly he was sounding out and reading these words - it was so fun! He was super excited to see what he could do, and it was just fun for me to see this next little step start to click.

(We used this little worksheet all week. First Owen did the stamping activity that it was made for. Then he cut out all the words and pictures and played a matching game with them. Then we glued them all on another paper and played a bingo game with just the words. Then Owen wanted to play a game about just the letter sounds, so we cut all the words out again, separating the first letters and played a game  with those. Then we started over again with the middle sounds and we'll work/play with those for a few more days :)
Posted by Debbie Brough at 12:52 PM