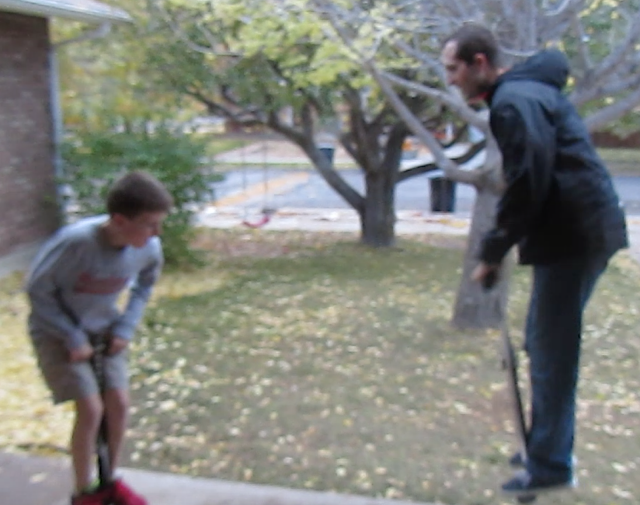 Landon finally got out his pogo stick from last Christmas and quickly beat his past records -- zero on day one, then 8, then 11, then 63, 87, then 386!  Jordan wanted to join in on the fun so he ordered himself a grown up sized pogo stick (plus a new one for Landon made for big kids), and these guys have had just a super time playing and jumping around. A few times Landon has grabbed his pogo stick instead of his bike as he headed out the door to a friend's house. And I think it won't be long before Jordan is taking his for a ride up around the Bonneville trail (like his unicycle!)