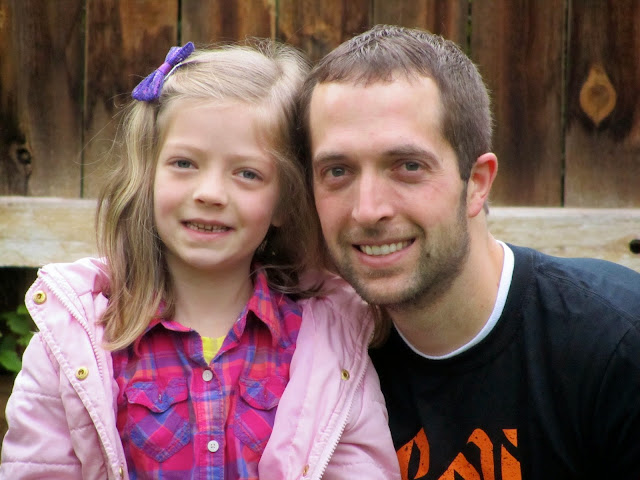 As part of our trip preparations, we had to make sure that we were all up to date on important vaccines. One of the recommended ones had the option of pills for Jordan and me and the big kids, so we opted for that over another poke. Jordan explained to the kids on the way home how these worked - how they put just a tiny bit of the weak germs into these little pills, so our bodies can learn how to fight them and then protect us in case we get a lot of those same but stronger germs later on.  The first night we went to take our pills though, Jordan realized maybe it had been a mistake to explain all that to Ellie. No matter what he said, he could not convince her to purposely put those germs into her little body!
After an hour of further explanations, how-vaccines-work videos, and other negotiating, Ellie came up with a (random!) plan.

We had 4 doses to take, one every other day. And the deal was each time if she swallowed her pill without complaint, Jordan wouldn't shave until the next time and if she did awesome every time, he wouldn't shave till we left for Brazil. (For the record, I wasn't a part of these negotiations :)

And that Ellie did awesome - and I think Jordan really liked the excuse her little plan gave him to try out a new look for just a little while!