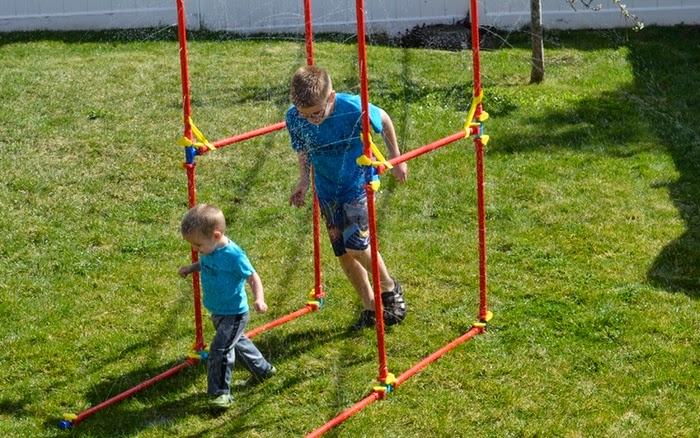 Our good friends, Damaris and Steven Kjar, have been working on creating and marketing a cool outside water toy. It's a set of pvc pipes and connectors (like you've probably seen, only brighter and cuter), but the coolest part is the connectors are all super easy to put together and take apart so even little kids can make all sorts of different sprinkler type set ups with them. They've printed the parts on their 3D printer and have just launched a kickstarter campaign, hoping to raise enough  money to mass produce and market the sets.

We had a fun time last weekend at their launch party where Landon had a blast running through the (still freezing cold!) water with each of the configurations they tried out. (And Ellie and Owen enjoyed sitting close, munching on cotton candy, and watching all the kids running around :)

I think it is so super great that the Kjars had this fun idea and are really working to see what they can do to make it grow - I'm so impressed!

Check out their kickstarter campaign to see more about the water constructor sets or to support their goal!
Posted by Debbie Brough at 10:06 AM