Landon had his first soccer game on Saturday out at the Blackhawk fields. Ellie was super excited about a library activity happening just before game time, so Jordan biked out to the game with Landon and Porter while I took Ellie and Owen to the library, then we met back up just in time for the start of Landon's game (and Porter still got a little nap on the way!) And it was just so fun to watch Landon play! I've really gotten to love soccer these last few years - I was only wishing I'd signed Ellie up again too!

An epic tool shed clean out (I think the first real attention that shed has gotten since we moved in - we filled up the back of the van for a DI drop off, with several things I'd never even known were in there because it was so full (and not just little things, two extra weed whackers and a vacuum cleaner for example!)

A trip to the park to play frisbee (Jordan has started a frisbee collection and has been excited to try out each new style) and enjoy a little picnic.

The North Logan Library's maker day - Ellie was wishing for even more activities to do, but it was a great little activity. They had the teenagers hosting 5 or so stations (and they did a super job!) where the kids could build paper airplanes, plant a seed, play with legos/blocks, color with sidewalk chalk, or (so cool!) play the piano with bananas and a 'makey-makey' (this was really so fun and funny - here's a little youtube example) 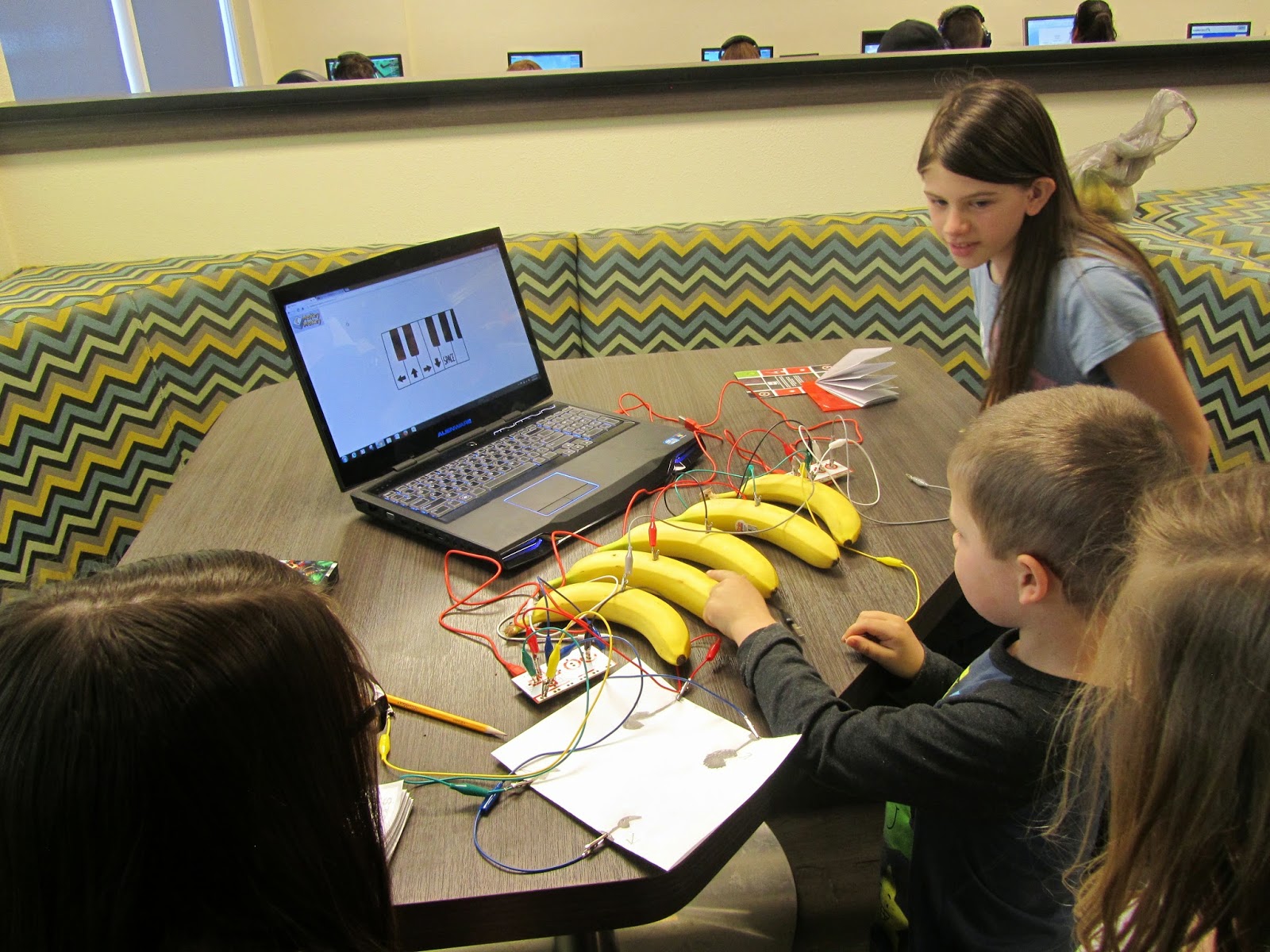 A movie party at Hillcrest. The kids were super excited about this Chicken Little movie night. When we got settled and I saw it was still well-lit enough to read, I ran out to the car to get my book but realized I left it at home. But it turned out great. Since Jordan was home with Porter, I could just really enjoy the time with the bigger kids, and I really loved watching how much they were enjoying the night.

Sunday walks and church and home teachers and a google hangout to wish April a happy birthday. And I tried a new activity with primary (sing the song this way...) to review some new songs we're learning and it was so fun with junior and senior and even nursery.

And now we're on to another week!