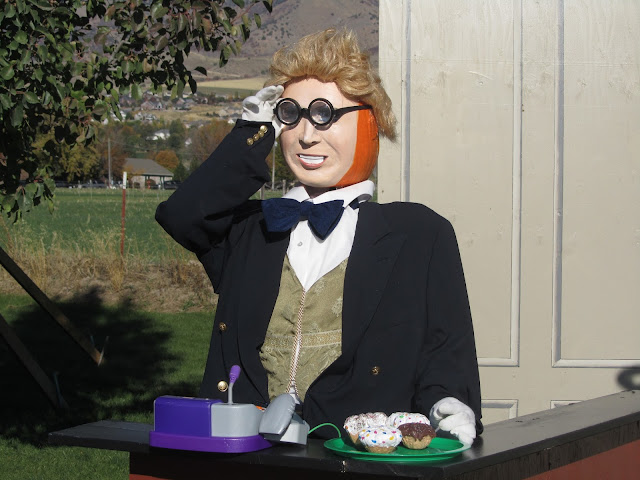 I took the kids to the pumpkin walk last week while Jordan was in New York. There was a Halloween party at the North Logan library right after, so the kids got all dressed up in advance. When they started to look around and see that no other pumpkin walk visitors had costumes on though, they slowly de-costumed as we walked till I was pushing Porter in the stroller piled with butterfly wings, fireman's hat, comic book, etc.

I just loved the Studio C scene! Something about seeing that just made my day. Kind of like the feeling I get whenever we are in Utah County and I start seeing people at Costco or Target dressed in BYU gear and I sort of just feel at home again. 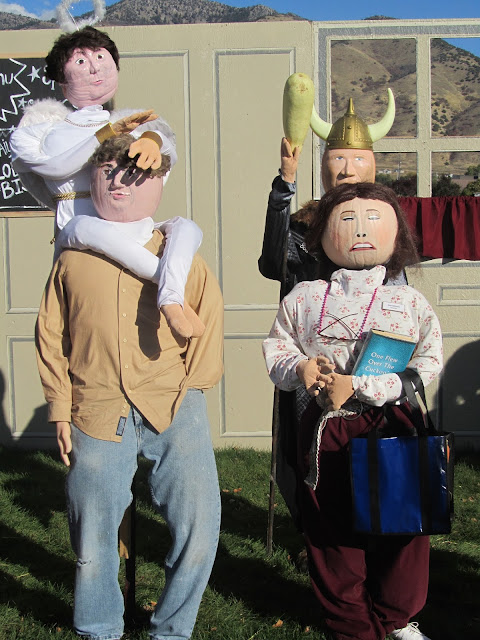 So it was great to see this funny scene and know there are other people who love this too, and just so fun to see these silly characters in such a super silly way!

(We've just watched a couple of sketches with the kids, and even though it has been months, we'll still hear the kids repeating every once in a while "The cows are standing on my kidneys!" )