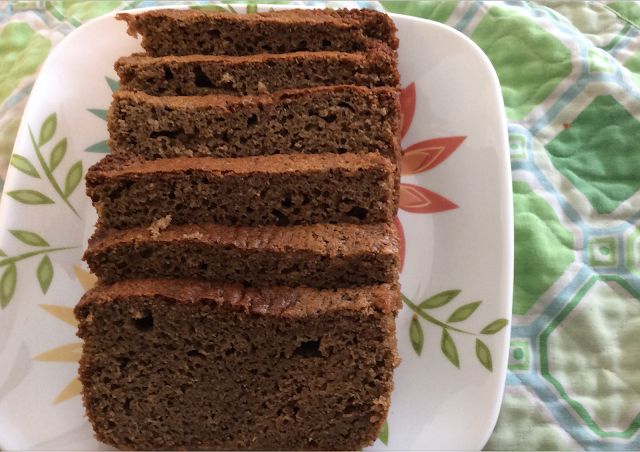 I haven't totally settled on my new year's goals yet, but something I've just felt excited about in the last week or so is trying out some new recipes. (Pretty much the opposite of what I felt last year when we did this plan for about 5 months!) I'm thinking maybe one new recipe each week (or maybe, less ambitious and more likely to succeed -- cook something besides muffins from a recipe (new or not) once each week?)

This week, the boys and I made this applesauce bread. I thought I'd try it mostly as written for the first time, but with a cup of sugar, it was definitely closer to applesauce cake for me. I think we'll make it again w/ half the sugar and less nutmeg and see if it's just right.  (The kids of course loved it as is!) This and at least half of the ideas on my list of new recipes to try have come from this blog - melskitchencafe.

Also, last night I made an Asian noodle soup with beef from Jordan's new cookbook (America's Test Kitchen Family Cookbook). Jordan had picked it out for the menu this week, and I was pretty sure I'd be trying it to be nice and then finding something else to eat. (And I was about 99% sure the kids would be trying it because they had to and then finding something else to eat...)

But, it turned out great! Jordan and I both really liked it, and the kids even liked it pretty well too. (They were careful to leave behind the spinach and cabbage, but liked the noodles and beef). Hooray for a surprise success!