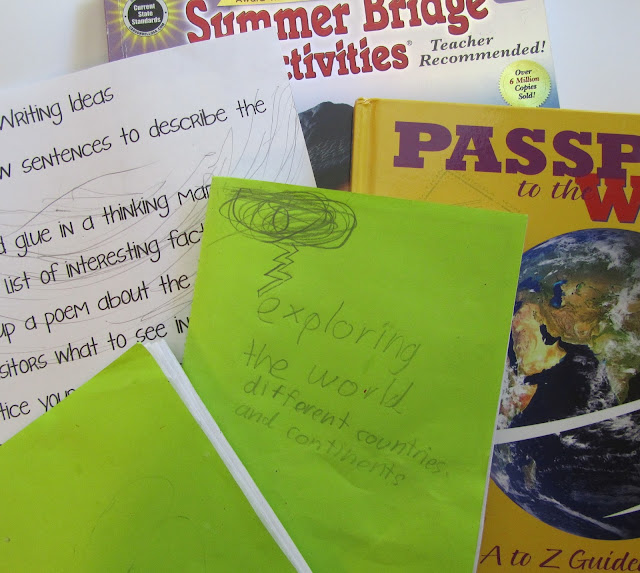 This year for summer school, Landon asked if we could study countries from the around the world. 'School time' didn't happen every day (or most days even) but it was just right for fitting in on the afternoons when we didn't already have other things going on. It was super fun learning about different places in the world. Also,  I am terrible with geography, so this was really very good for me too!

Here's what we did:

I made some quick little books (the bright green above) for Landon and Ellie. For each country, we'd check out a book or two at the library and I'd read them beforehand and pick out what things to talk about. (We also used  Passport to the World for some extra facts). Landon and Ellie each had a couple of turns as the teacher too. So for school time, we'd sit at the kitchen table and we'd talk about some of the interesting things I/they had learned. A few times we watched a quick video about the country or read some 'day in the life' facts.

I had printed out little info sheets to fill in for each country (but I can't find where I originally found them!) So after we talked about the country, the kids would color in the flag and write down the basic facts, then cut and glue those pages into their own little books. Then they had writing choices to finish off that page (write a few facts, practice their penmanship, write a question, write a story...) On the other page, they'd draw a few pictures relating to the country (sometimes I'd teach them how to draw something as part of that) and then they'd write about what they drew.

Owen usually worked on a little pre-k workbook while we did school time. Which usually worked out great. (Though some days if Porter woke up early/gumpy from nap time and Owen was also needing extra help, then school time could get a little crazy...)

Mostly, this was just a fun happy little part of our summer!

Here are a few of my favorites from the kids: 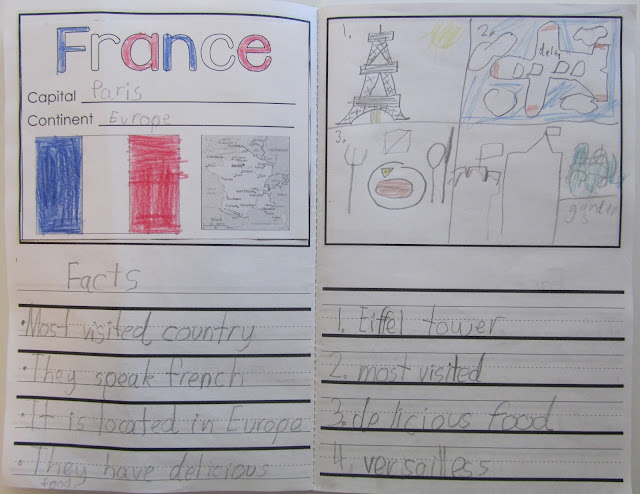 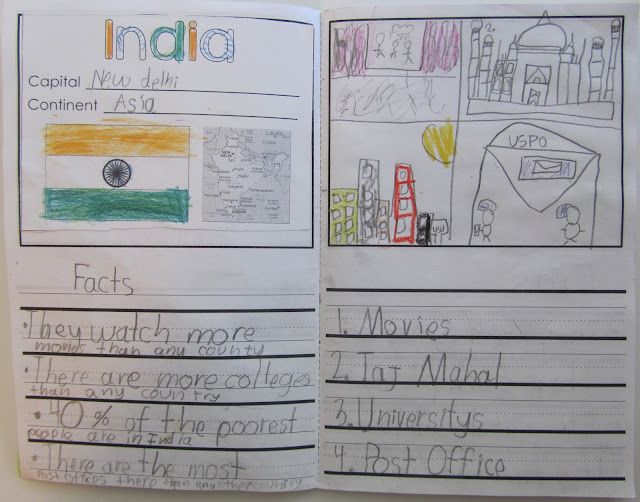 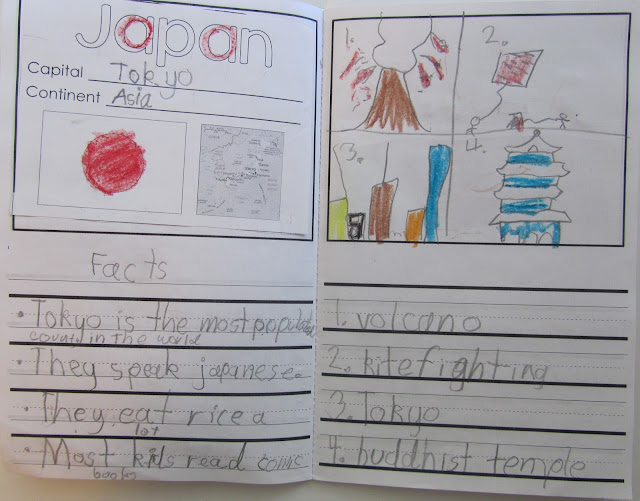 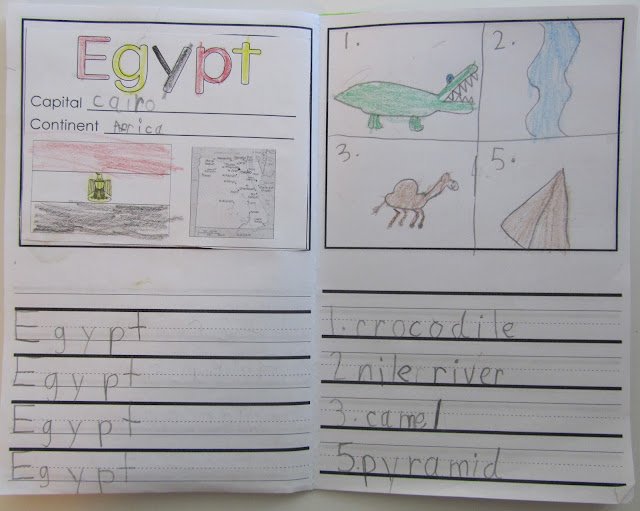