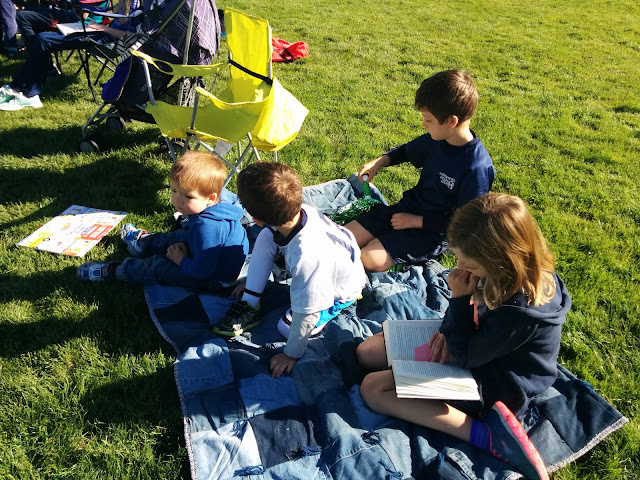 This weekend while Jordan and Landon were at Bike the Bear, the rest of us had some Saturday morning soccer games. Usually Jordan will stay home with the kids while I get to to watch and cheer for our boys. For Owen's game, Isaac surprised me by being super excited to just sit on the blanket with Porter and Ellie and cheer "Yay Owen!" "Good job Owen!" By Porter's game, he was ready to run and play so we all took turns following him around and watching him on the playground.

Owen was disappointed this season that none of his friends from other seasons were on his team. After the first practice, he was ready to be done. But after the first quarter of his first game, he remembered how much he liked soccer -- "I wish I could play every quarter for two whole games in a row!"

This is Porter's first time playing on a team and he's having a lot of fun too. And the boys both go over to join with a  friend's team over at the park whenever they have practices. This is a fun season!