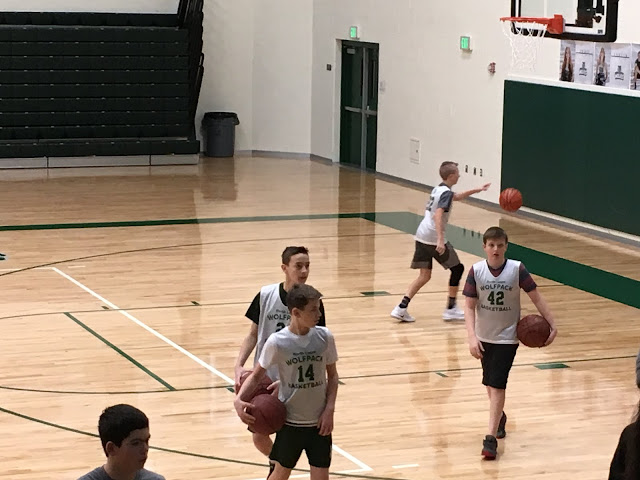 We're back in to basketball season again for Landon. This year, he ended up on kind of a tougher team. The boys are nice and the coach is serious, but good --  the tough part has been that all the other players are a bit older than Landon and they are really good. (Landon is great at basketball, these kids are just  even better! :) It has taken some courage for Landon to show up for games and practices and just be cheerful and do his best. But he's doing it and I think it will be a good experience for him. It certainly feels better to be the expert at something, but I think he'll learn even more this season from not being the best on his team. 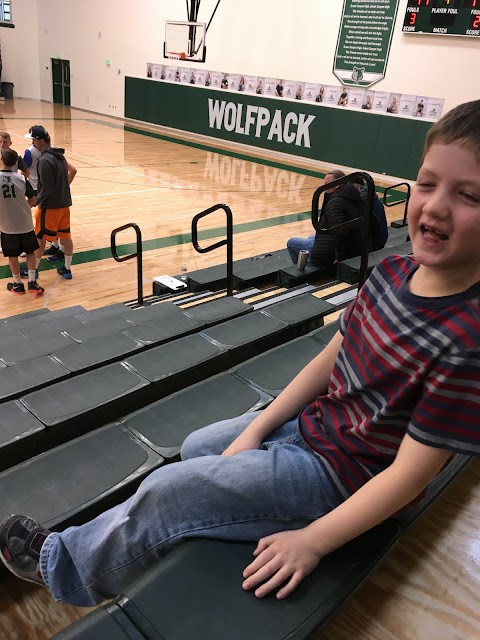 Owen decided not to play on a team this year because he was most excited to come and watch Landon play (I loved this). So far though, that has meant playing very silly games with Porter on the bleachers and every once in a while checking the score board :)