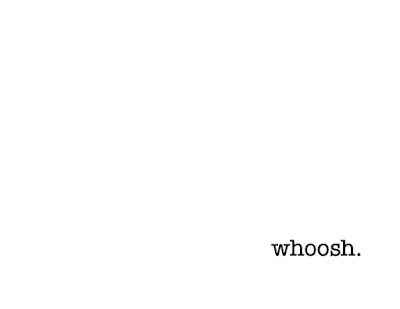 Last night I went to a little city meeting about allowing dogs in parks, and when I got home and was telling my family over dinner about how it went, Owen said after a few minutes "Mom - you said 'whoosh' three times so far!"

I'm not a fan of dogs and since we live right next to the park, I'd rather there not be off-leash dogs there. (Also though, I have friends with dogs who would probably love to be able to take them there to go play...so I get that it's not an easy choice for the city to make!) I've been impressed with our current mayor though and her efforts to reach out for feedback on issues like this, so I sent an email with my concerns, got some input from neighbors and friends,  and then showed up at the meeting intending to just listen.

But then it was a room full of dog-enthusiasts... and me. And as the discussion was dying down, no-one had yet said anything about any concerns, so I spoke up just to say that there were some concerns with the idea at Lundstrom Park specifically. (And suddenly there was again a lot more to say in favor of dogs!)

It was kind of a different experience... I can't think of a time when I've felt so... disliked? (eek!) by a room full of people! (Even the stranger sitting next to me, whose toddler had been sharing all her treasures with me through the meeting got up after my comment and put a few more 'in favor of dogs' stickers on Lundstrom Park!)

Thinking back, probably it would have been better to keep my comments to myself and to just reach out again to those making the decision later on. I don't know - I'm certainly still learning!

(Also, ack. Our newspaper wrote up an article about the meeting and quoted me and seriously, I could never be a politician/person that people quote in the paper.  The writer asked me after the meeting to spell my name for her and told me she was going to write this and I hoped she'd forget (?)  I don't even know what I said and you're going to publish it for other people to read' yikes! I think that if I were ever a public figure of any kind, I would only speak outside of my house by reading notes I'd had time to write and edit a few times :) Ack. still learning.