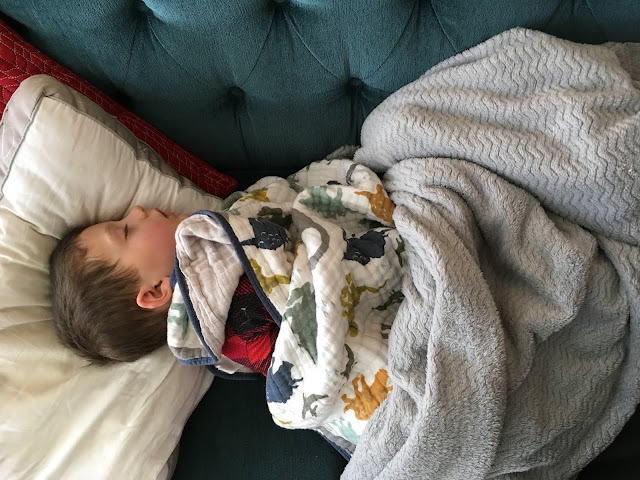 Today kind of felt like the Monday back after a long vacation -- everyone was extra sleepy getting going in the morning, the house was a bit tornado-ish (though surprisingly not terribly so), there are extra big piles of laundry waiting... except instead of returning from a far away land, we're kind of just still returning to the land-of-the-living from this long stretch of sickness we've had!

Landon and Porter are both still home sick (poor Porter! He's had it rough!) and Isaac's still not so great... but hopefully they're close?

Also this weekend though ---

-- I taught my first Young Women's lesson (and I was nervous! I remember every once in a while leading singing time in primary, even after I'd done it a lot, I'd still randomly just get super nervous... hopefully next time will be easier! (And also, I sure love these girls already!)  Also, now that this first lesson is over plus our talks from last week in Sacrament meeting, I feel some stress lifted! :)

-- Lots of carrying sweet Porter place to place (he's had a simple rotation for the last 5 days or so to keep from feeling too lonely: bed, white chair, couch) (I'm sad for him to be so sick, but I have been grateful for the chance to show him some extra love!) (Except in the middle of one long night... then I was just very, very tired.)

-- Game playing for Owen and Jordan especially (a little sick, but not too sick - just right for weekend board games!)

-- Lots of movies and popsicles

--Working on our budget together and figuring out (hopefully) some better ways to keep track of everything like we want to.