The amazing gingerbread temple on our porch 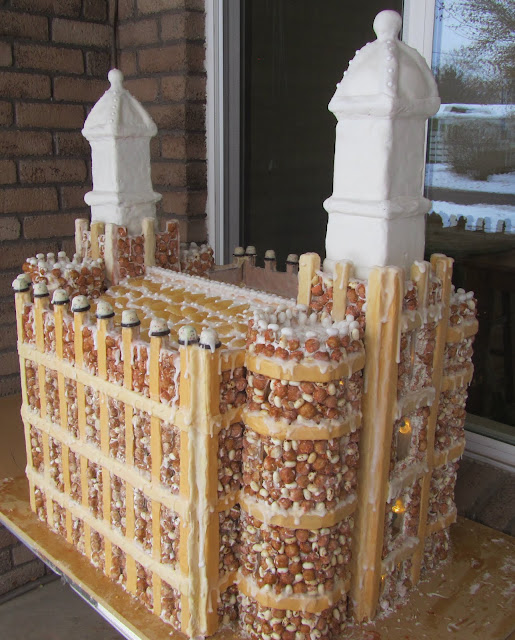 As part of our ward Christmas party, we had a silent auction of gingerbread houses with a temple theme. Our friend John Brandley made this amazing temple, and with a high bid from his son ended up winning the auction. Landon had told him how awesome the temple was and John had said, 'go ahead, take it home!' We mostly thought he was joking (though we should have known better) until he stopped by a few days later ready to bring it over if we could find a spot. With all the tempting little treats, we decided to set it out front (hopefully away from any 2 year old fingers).  It has been such a beautiful fun display to see out our front window!